Recently, we had a few lessons on prime numbers and factoring with my 4th and 5th graders.  Inspired by the beautiful drawings in this post, I had my students draw their own factor trees.  Actually, most of their creations can only be called trees in a very broad sense.  Knowing that some of the kids in the class would not be excited by drawing flowers (we will not specify their gender), I told the students that they could turn their “stems” and “leaves” into anything they wanted, as long as they factored the numbers correctly :-).

So without further adieu, here they are : 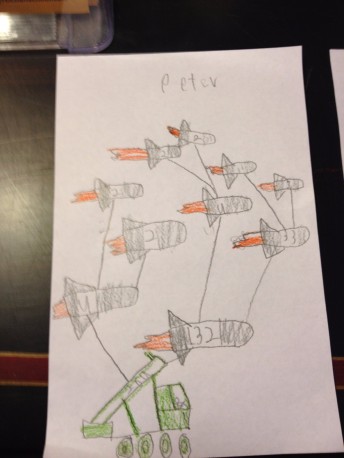 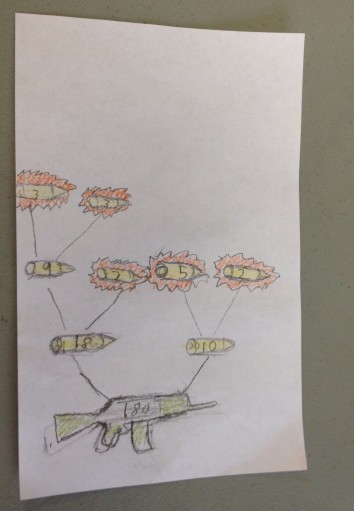 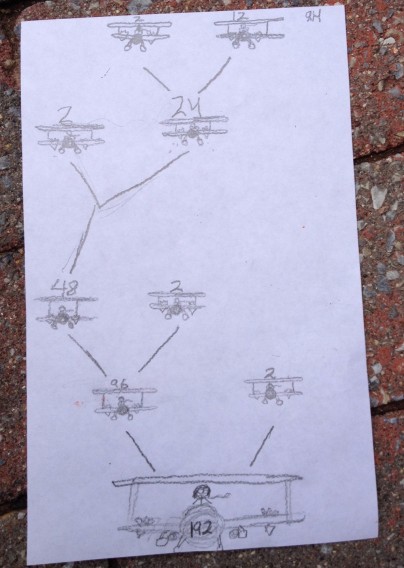 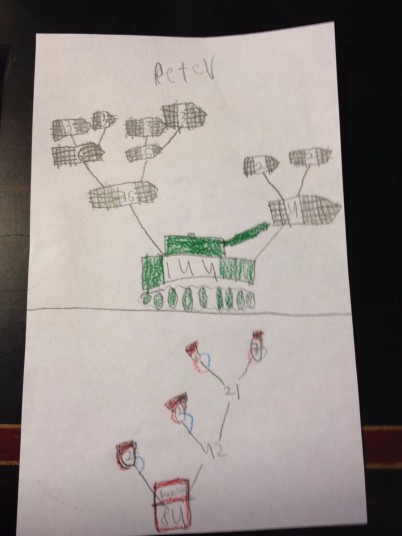 At some point, one of the students decided that all of the two and three-digit numbers that I was giving them were too easy for him and so he picked a 4-digit number to factor.  As it happened, his selection had a fairly large prime factor.  However, instead of making a very small tree, the kid decided to take “factoring” to the next level by invoking decimals.  I figured that since I was letting them be creative with their art, I wasn’t going to stop them from getting creative with their numbers. 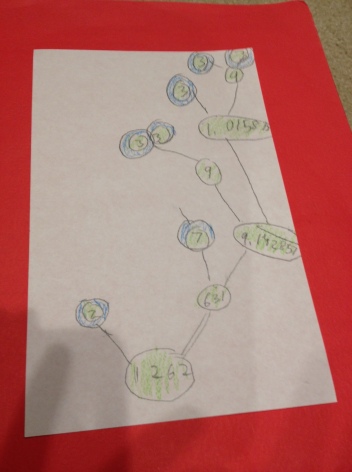 Well, it was a good effort.

At the end of class, most of the kids exclaimed that this was their favorite math class ever and that they could draw factor trees all day long.  The only other time I’ve seen the kids this enthused was when we played competitive games or cracked secret codes.  Hey, maybe I should come up with a competitive activity that involves drawing secret codes?  Or perhaps that would be a little too much excitement? 🙂