The first half of today’s lesson consisted of building towers out of colorful blocks.  It began with me building a tower and asking the girls some questions about the order in which the blocks could be placed.  Could I have placed the green block before the red one?  What about the blue one before the yellow one? 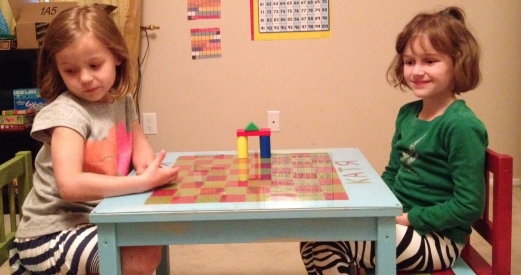 Since the girls were having no difficulty with the answers, I next had each of the girls build her own tower.  I let them pick their own four blocks, the only rule being that they needed one of each color.  Both of the girls’ towers were much more exciting than mine. 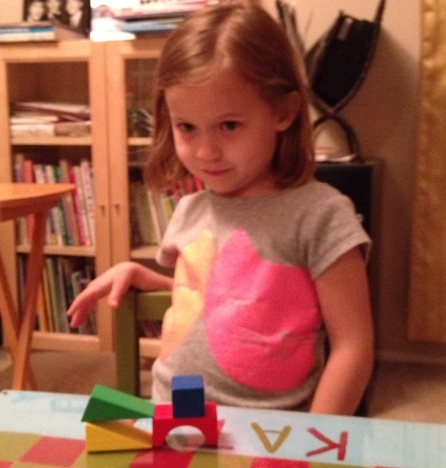 The next task was to draw their towers. 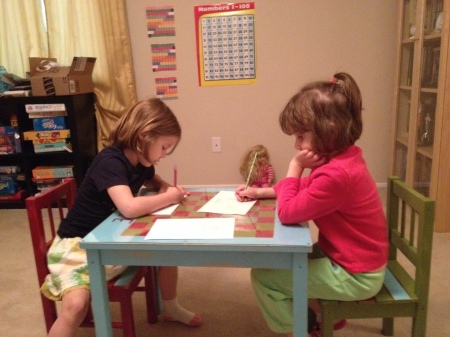 And I was quite impressed with the results: 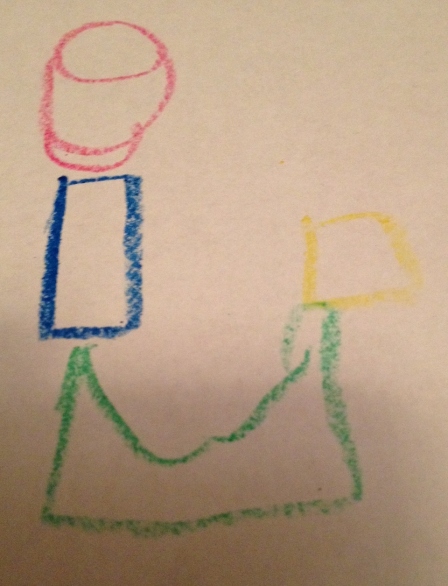 I then had the girls list some orders in which their towers could be built.  Katie quickly noticed that for her tower the green piece always had to be placed first, whereas Varya pointed out that she could begin her tower with either the red or the yellow piece.

The next challenge was to build towers that satisfied certain conditions.  How about a tower that had to always be built in the exact same order?  No problem!

And what about one where the blocks could be placed in any order? 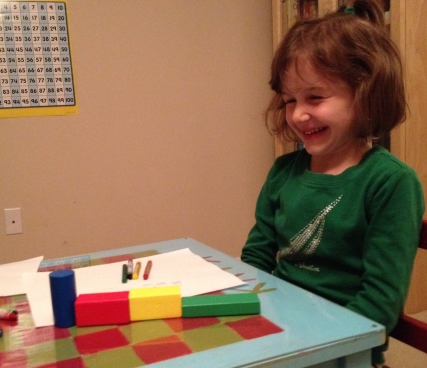 Katie wasn’t sure that this one should even count as a tower!

Finally, I gave the girls a task that took them a bit of time to figure out.  I asked them to build a tower for which there were exactly two ways in which the blocks could be placed.  Eventually, Katie came up with this:

Varya built this one, which at the time I told her was correct.  Looking at it now I see that of course there are more than two ways in which the blocks can be placed.  I guess even teachers make mistakes sometimes :-).

Overall, this turned out to be a great activity.  We all had a lot of fun and the girls were very engaged.  In the process, they got some exposure to combinatorics and algorithms.  I see us building more towers in the future!

I enjoy thinking about presenting mathematical concepts to young children in exciting and engaging ways.
View all posts by aofradkin →
This entry was posted in Uncategorized and tagged 5 years old, algorithms, building, combinatorics, fun math, lesson. Bookmark the permalink.