A square is still a square unless you turn it around!

Yesterday’s lesson began with me drawing a rectangle, a square, and a rhombus.

Me: A rectangle is a figure with 4 sides and 4 right angles.  Is a square also a rectangle?

Varya: It doesn’t have two long sides and two short sides.  (This was accompanied with drawing long and short sides in the air.)

Me: But was that in the definition of a rectangle?   (Again a unanimous yes.)

We then moved on to the definition of a rhombus.  I define a rhombus as a figure with 4 equal sides and ask whether a square is also a rhombus.  Of course not!  This time Katie volunteers the explanation, “Because its angles are not pointy.”  I then take the square and rotate it by 45 degrees.  “Is it now a rhombus?” Yes.  “But it was not one before?”  No.  I decided not to insist on anything just yet.  I did come back to the questions of whether a square was a rectangle or a rhombus a few more times, each time making sure to reiterate the definitions; the girls’ answers, however, did not change. 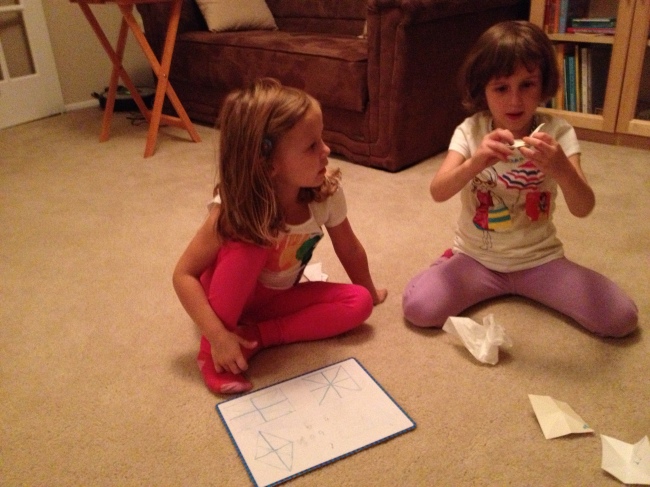 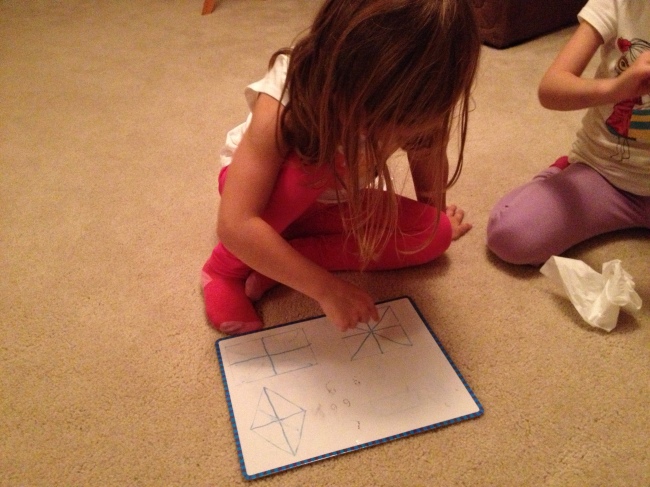 So now the question is how to proceed.  I think that the next time that I decide to come back to this topic I will just insist that a square is both a rectangle and a rhombus because it satisfies all of the conditions.  I believe that the main reason why they didn’t see it this time was because of preconceived notions about the figures: everything that they had previously seen called a rectangle had one pair of sides longer than the other, and so a square must not be a rectangle.  I would love to hear any other opinions that exist out there.

I enjoy thinking about presenting mathematical concepts to young children in exciting and engaging ways.
View all posts by aofradkin →
This entry was posted in Uncategorized and tagged geometry, lesson. Bookmark the permalink.

8 Responses to A square is still a square unless you turn it around!