What is a budsie?

Katie is not a big fan of stuffed animals; she much prefers barbie sized dolls.  However, there are two stuffed animals that she is attached to more than any of her other toys: the dog that she has slept with since she was 2 and her budsie (which was acquired a few months ago and she now sleeps with as well).

So what is a budsie?  It is no ordinary stuffed toy!  It is one for which your kid feels special affection because they invented it.  It is unique and made especially for them based on a drawing of a creature or object.

Here is the story of Katie’s budsie.

Katie was very excited by the idea of having a stuffed animal made based on her drawing.  After some deliberation, she decided that she wanted to draw a ladybug.  I started frantically running around the house looking for pictures of ladybugs so that she could get some idea of how to draw one.  Finally, we came across one that we both decided was sufficiently cute.  Then the whole family got to work (including grandparents that were visiting that day).  We took turns drawing our variations of the ladybug in the picture and encouraged Katie to do the same.  However, her attempts were not coming out to her satisfaction.

At the end of the day, when everyone could no longer bear to look at another round red creature with black dots, I suggested that Katie make one last attempt.  I closed all books, covered up everyone’s previous drawings, and told Katie to draw her own version of a ladybug or any other creature.  This is what she drew. 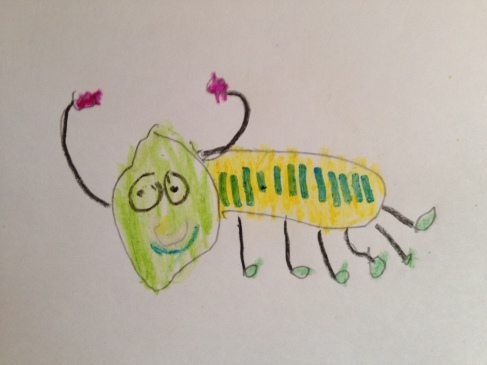 I will not embarrass myself or any of the other family members by showing what we had drawn, but I will just say that they looked nothing like Katie’s final drawing.  Here is a picture of her holding her budsie the day that she got it. 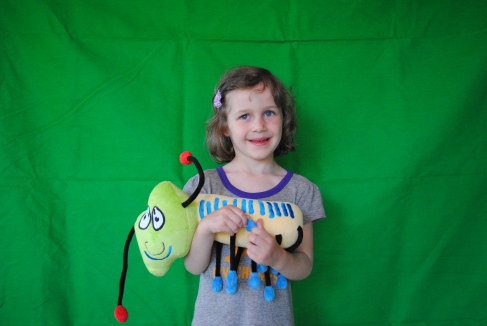 As I already mentioned, she sleeps with it and will not travel anywhere without it.  When she got it there was one final thing left to do, which is come up with a name for it.  We decided that it did not look enough like a ladybug to be deemed as such, but Katie did not want to give up on the concept completely.  In the end, we compromised on божья козявка (literally, god’s critter.  The name for ladybug in Russian is god’s little cow.  Maybe in English it can be lady critter?)

I enjoy thinking about presenting mathematical concepts to young children in exciting and engaging ways.
View all posts by aofradkin →
This entry was posted in Uncategorized and tagged not math. Bookmark the permalink.

2 Responses to What is a budsie?